This is a complicated issue to describe. @klaus.illmayer @buddenbohm @matej.durco @edward.gray @stefan.probst please rephrase if this is not the most appropriate way to solve the problem.

During the curation sprint, we have noted several problems related to the item versions made available to users. The main problem being that because of a confusion between different item versions accessible to contributors, several suggested versions of the same item can be created and pushed in the moderation pipeline, leading to the risk of overwriting changes suggested (via different versions) while approving the last suggested version. 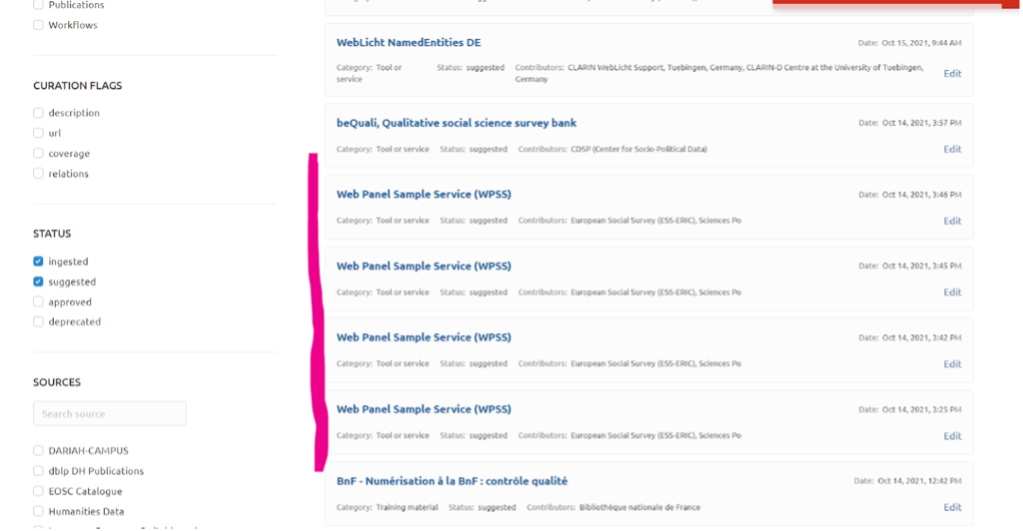 This issue tries to summarise these problems and to suggest a simplified workflow from the contributor point of view.

Problem: too many versions can easily be accessed/created by the same contributor.

@stefan.probst what do you think? As discussed with @klaus.illmayer maybe some of these options are not front-end related. Can you comment in case?

Improvement in the curation workflow for moderators - esp. individuate and highlight the changes between versions - is addressed in a separate issue.